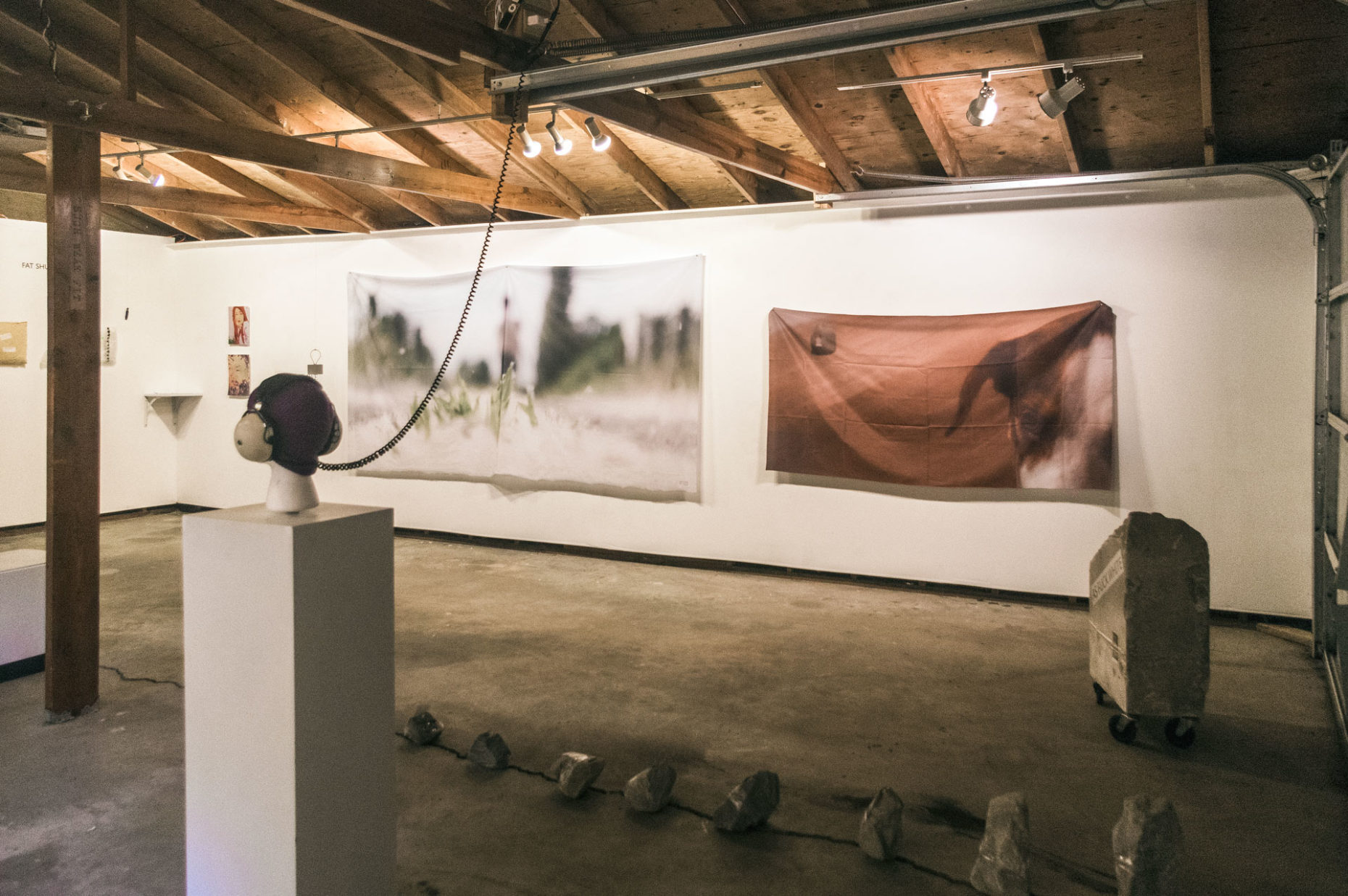 A Remote Interpretation of Fuck Was I by Stefano W. Pasquini

Fuck Was I is an eclectic assemblage of signs, objects, video, audio, and images. The title of the exhibition is an homage to a song of the same title by singer/songwriter Jenny Owen Youngs. The objects and images are arranged throughout the gallery as one might expect to see a collection of individual autonomous works. However, the signs at each location being anagrams of the exhibition title creates a structure that ties these works together in a manner that places the words, “the fuck was I” at the center of the structure and every­thing else in the gallery at the limits of said structure. Through my analysis, I intend to identify the dynamics of freeplay at work in this exhibition and how distance plays its role in this assemblage as well as in my own understanding of the work.

Before any further interpretation of this collection takes place I feel it is best to establish the individual works in the exhibition in terms of physical appearance and readable texts. First we have the title piece, The Fuck Was I, which contains a couple of sketchbook portrait drawings inspired by online promotional imag­es of Jenny Owen Youngs.

In the center of the gallery floor are what appear to be three works. One, on a standard gallery pedestal, is a purple knit winter cap on a standard styrofoam display head. Positioned over the hat is a pair of headphones playing music at a low volume. The song being played on a loop is the song after which the exhibition is titled. Printed in large text down the side of the pedestal are the words “HAT FUCK WISE.” Also on the floor is a row of fist-sized granite stones, each with a Pope Benedict XVI santino or holy card affixed to it with clear packing tape. The last stone in the row is a much larger, squared-off chunk of decaying stonework on a caster-wheeled platform. On this stone, in addition to the santino are the words “AS FUCK WHITE”, again printed in large, black text. The third item in the center is a long single blue thread that has been woven through the rafters several times over. At one end hangs the excess thread, spooled, and hanging at the other end is a small rectangular sign with the words “SUCH WEAK FIT” crudely printed upon it. The theme of large black printed text continues along the walls of the gallery. “HAWK CUE FIST” is paired with a small shelf of art zines of various sizes all titled “Obsolete Shit.” A pair of landscape photographs printed on large fabric flags are titled, “HUCK FIST AWE”, a collection of six photo collages are named, “AH SUCK WE FIT”, and under the title “FAT SHUCK WEI”, in leu of an original painting that was lost to customs, is displayed the packaging from which customs removed the painting and a printed copy of some email corre­spondence detailing the loss of the work.

With a cursory description of the physical attributes of the contents of the gallery in place we can begin to draw connections between signs and signified, presence and trace, difference and deference. Every work present or represent­ed in the exhibition is linked to the central theme of the written words “THE FUCK WAS I” through the anagrammed titles. The titles hold an undeniable relationship to their source through seemingly nothing more than their indi­vidual letterforms. However, these anagrams create new signs (quite literally in this case) that point to a whole new set of signified subjects and subsequently creating and applying a multiplying effect to the system of potential meaning while retaining its center. These anagrams operate as the limits of logocentric relationships and broaden the scope of their potential interpretations to pro­vide a multitude of potential intersectional contexts and meanings to be imag­ined by viewers. This provides a fertile system in which the viewer is encour­aged to engaged in the freeplay described by Derrida.

Jacques Derrida describes the system of communication and meaning as a web of connections forged by differences and deferred relationships that can not function without a center that is immovable and unchanging. By the unique virtue of being immovable and unchanging, the center paradoxically can not be described as part of the system of freeplay through which meaning is de­rived. So it exists both outside and at the center of the system simultaneously.

Through my interpretation, Fuck Was I serves as a physical model of a Derridian system. Accepting this premise, before moving forward, we must identify the center. Is it the song that shares the exhibition title, or is it the writ­ten words “THE FUCK WAS I”? While everything present in the exhibition can be traced back to the written words through the anagrams, I am unable to identify any difference or deference that positions itself against the phonic qualities or lyrical context of the song. It is for the reason that I feel it is safe to assume the written words as our center moving forward.

Establishing that the driving force of Derridian freeplay is diversity in individ­ual interpretations and connections, please allow any further indicated connec­tions to be implicitly prefaced with the phrase “In my interpretation”. Many connections present in the exhibition are rather literal and less connotative, such as “HAT FUCK WISE” being the title of a physical hat—these, at least, can be considered universal and relatively unambigiuous. The words “FUCK” and “WISE” however, remain more ambiguous, beckoning me to forge rela­tionships through physical presence, the “always-already hidden trace”, differ­ence, and agreed upon literary definitions. Within this system any metric of meaning could be employed to assign context to any part of the system or to the system itself. HAWK CUE FIST effortlessly folds literal volumes of context into Pasquini’s system of freeplay, again expanding the limits of the system exponentially.

In exploring how distance plays its role in this exercise in freeplay I would like to acknowledge not only the physical distance between the artist and the installation of the exhibition, but my own distance from the work as an inter­preter, both physically and conceptually. I have not spoken directly with the artist about the work, nor did I physically witness the installation in person. My exposure to this work has been limited to photo documentation of the exhibi­tion, talks with the gallery curators, and a copy of the artist’s original exhibi­tion proposal. I believe this puts me in a unique position to interpret the role distance plays in the system as well as the variables at play between vision and implementation.

Even with Sol LeWitt levels of detail, installation instructions followed by

curators/gallery hands will nearly always result in some unintended variations and spatial interactions. However, if your intention is the cultivation of a fertile system for connotative freeplay, such variants can only serve to expand the potential for more various interpretations and subsequently expand the limits of the system. It appears as though Pasquini is aware of this potential and is actively embracing it as part of the work as evident in his proposal. While some aspects of the installation are carefully mapped out, others seems purposely vague or explicitly requesting the curators make certain decisions. Namely AS WHITE FUCK, for which the proposal instructs the curator to select stones from near the gallery. In previous installations of this piece the stones have been what appears to be smooth river stones. But for the installation at NOISE I recognized the stones to be the sharp and jagged rocks found along rail­road tracks (knowing that the NOISE Gallery is located within a city block of railroad tracks may have helped inform this notion). Just like that, the curators, not the artist, have just imbued this system of meaning with the entire history of the railroad, leaving behind the story of that unknown (to me anyway) river. The final, largest stone in the row I also recognized as a permanent fixture in the NOISE Gallery that is somehow integrated into every exhibition at the gal­lery. Anyone who is familiar with the history of that stone would now be able to enter any metaphysical knowledge of any previous exhibition in the NOISE Gallery into their freeplay within the system. Of course, one might argue that the history of the space is already an always hidden trace within the system, but that is a question for another time.

Even the postal service in Milan was able to take on an authorship role in this system that by design must allow for improvisation and maintain an inclusive structure. When the painting intended for this portion was held in customs the remnants and history of the piece were able to serve as a substitute because they retained the same connections within the system, even adding more con­text.

Fuck Was I transcends meaning in the way that a cacophony transcends silence.

The exponentially growing networks of signs and signifiers creates such an overwhelming torrent of interpretation it leaves any viewer attempting to pay attention with little choice but to recognize the contingent and fragile nature of meaning. Ideally one might come away from this show able to apply that new­found skepticism to the governing structures in their lives that may have previ­ously gone unchallenged in their minds.

There are thus two interpretations of interpretation, of structure, of sign, of freeplay. The one seeks to decipher, dreams of deciphering, a truth or an origin which is free from freeplay and from the order of the sign, and lives like an exile the necessity of interpretation. The other, which is no longer turned toward the origin, affirms freeplay and tries to pass beyond man and humanism, the name man being the name of that being who, throughout the history of metaphysics or of onto-theology—in other words, through the history of all of his history—has dreamed of full presence, the reassuring foundation, the origin and the end of the game.

Jacques Derrida, “Structure, Sign, and Play in the Discourse of the Human Sci­ences” (1970)

Derrida, Jacques. “Structure, sign and play in the discourse of the human sciences.” In The Languages of Criticism and the Scienc­es of Man: The Structuralist Controversy, pp. 247-272, edited by Richard Macksey and Eugenio Donato, 1970. Print. 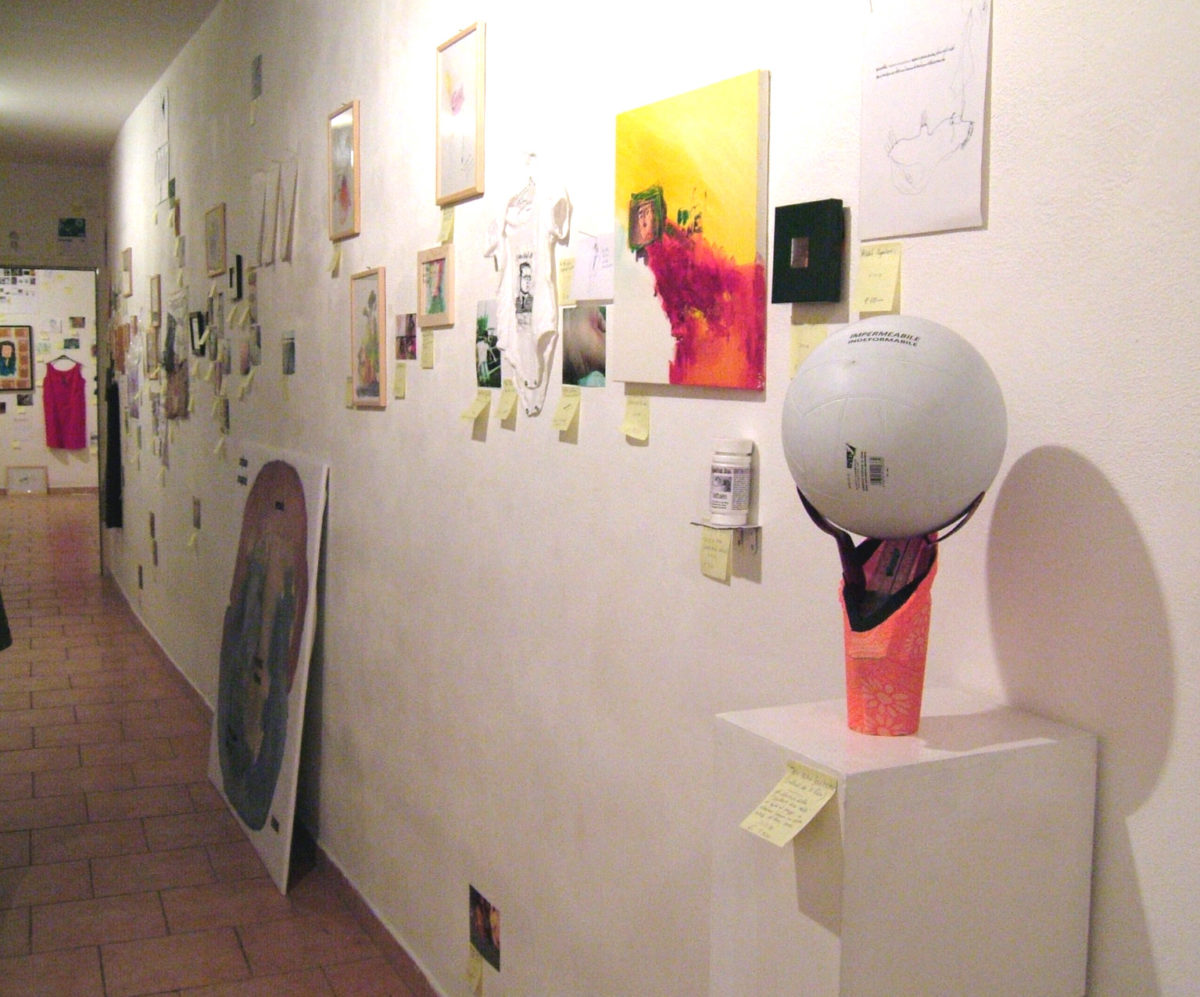 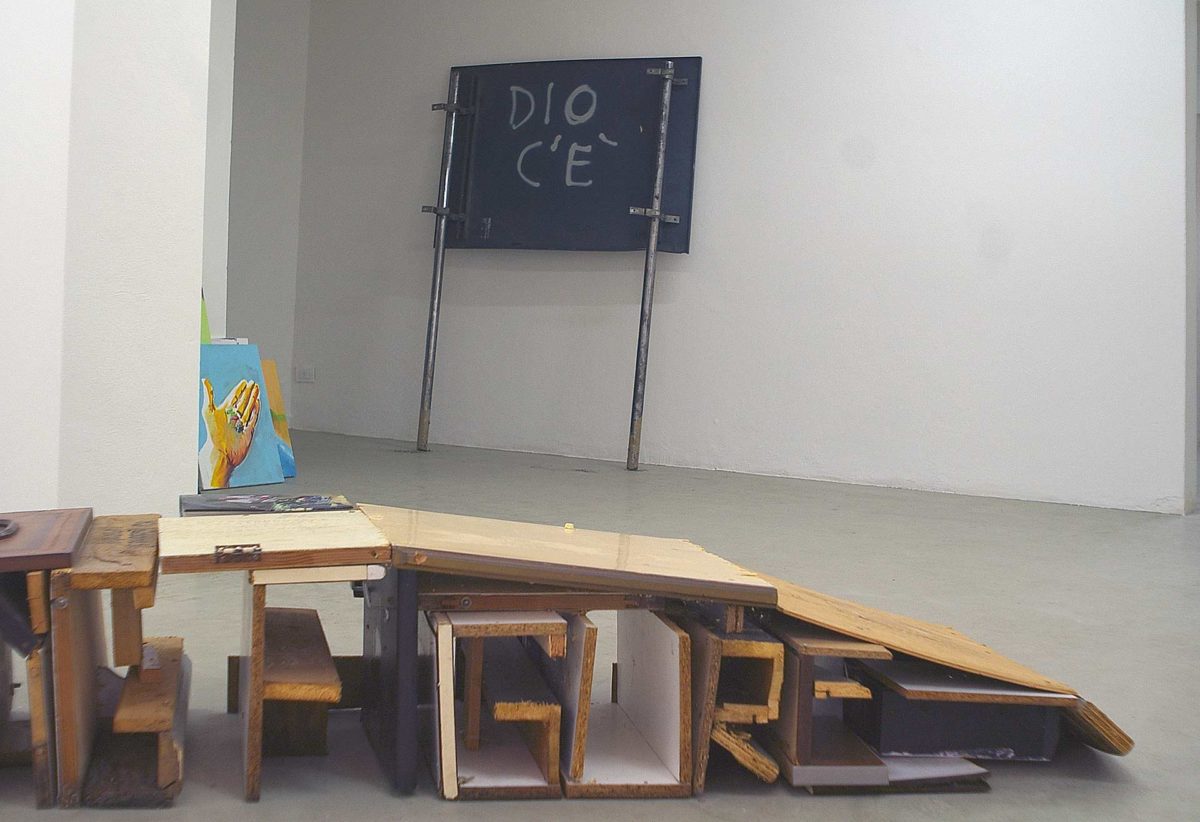